The recent wallet hacks on other platforms have brought to light potentially serious security issues connected to the use of common analytics tools in Web3. In light of those hacks, we are sharing a perspective on a recent experience involving similar tools.

On June 6th, 2022, the NEAR Wallet team received a bug report indicating that sensitive information had been shared with a third party. The issue was fixed promptly the same day.

While the team was aware of this threat, and careful to sanitize data collected by the third party service, a code change nevertheless resulted in the collection of sensitive data for some users who had used email or SMS recovery with their wallets. Thankfully, @Hacxyk caught this before us and submitted the finding to our security team on June 6th (for which they have earned a bounty). The wallet team immediately remediated the situation, scrubbed all sensitive data, and identified any personnel who could have had the ability to access this data.

To date, we have found no indicators of compromise related to the accidental collection of this data, nor do we have reason to believe this data persists anywhere.

Regardless, we no longer allow users to create accounts using email or SMS for account recovery. Despite having no evidence of compromise, we strongly recommend that users who have used email or SMS recovery options in the past rotate their keys. This can be accomplished by visiting wallet.near.org, either by enabling a Ledger device (your most secure option and highly recommended) or enabling passphrase security. After doing this, users should disable email or SMS recovery.

With the transition of the open source wallet codebase to the team at My NEAR Wallet, many improvements are in the works.

We remind our users that the security of wallet accounts is of utmost importance to us–and it doesn’t stop with us either. User choices and behavior also impact security. Please consider using a hardware device, like a Ledger, to secure your wallet. Use only trusted and secured devices when creating and accessing your wallet. Never give out your recovery phrase or private keys.

You can learn more about the future of wallet.near.org here:

The MyNearWallet team is also actively improving the security of wallets as outlined here:

The post NEAR Web Wallet Security Update appeared first on NEAR Protocol.

NEAR After NEARCON In Numbers

Anyone who made the trip to Lisbon for NEARCON 2022, or tuned in via the YouTube livestream or Twitter, knew NEARCON was a smashing success. The vibe was something to behold. From devs and builders to other visionaries and champions of NEAR, NEARCON showcased the ecosystem and community at its very best—with boundless energy for creating without limits.

This is an energy that was also palpable to the press. Everything came together to produce  awe-inspiring momentum that is being sustained well beyond NEARCON’s aftermath.

Let’s take a look at NEAR by the numbers in the wake of NEARCON to see just how the NEAR community is building without limits.

Coming out of NEARCON, the total amount of NEAR accounts hit a new high of 20 million. To be sure, this was an ecosystem and community effort. But Sweat Economy, who presented at NEARCON, is responsible for onboarding 14 million new users into the NEAR ecosystem with their move-to-earn app. That’s 20x growth since this time last year!

Thanks to NEAR’s Nightshade sharding—Phase 1 of which was announced at NEARCON—this onboarding of the masses unfolded without a hitch. This example of NEAR’s infinite capacity is proof that it can welcome millions more users across the 800+ apps running on the protocol.
Earlier this month, NEAR also hit a new milestone of 200 million on-chain transactions. Next up? 250 million. The ecosystem is growing by leaps and bounds, and doing so in a crypto winter.

NEARCON was a major hit this year with members of the international press.  All told, the conference attracted 21 global media partners, with CoinDesk leading the pack as NEAR’s top tier sponsor.

Other major media outlets joined NEAR from around the world, including Cointelegraph, the Defiant, Coinpost Japan, W3volution Spain, and Business Insider Africa.

Over 250 Pieces of Media Coverage

Naturally, with so many global media partners, there is quite a lot of great news to share. Seven NEAR announcements and five partnership stories were pushed out to the global media.  All together these ecosystem stories attracted 256+ pieces of coverage including a fantastic show roundup video by CryptoBanter, a hugely influential crypto YouTube channel that has over half a million subscribers.

While US media outlets led with most of the NEARCON coverage, NEAR’s flagship conference also saw consistent reporting from media in India, Korea, Vietnam and beyond.

And rightly so. By partnering with Caerus for this new $100 VC Fund and Lab, NEAR will help push new Web3 innovation in culture, media, and entertainment. This fund now places NEAR at the forefront of changing how creative projects are financed, produced, and distributed, as well as how it’s consumed, owned, and monetized.

The campaign attracted a great deal of interest from a global audience, with mentions in CoinDesk, Fintech Finance, and Yahoo Finance.

NEAR Co-founder Illia Polosukhin gave an exclusive interview with CoinDesk about the NEAR Digital Collective (NDC). This interview was syndicated in various media outlets across Africa, Brazil, and China.

CoinDesk also covered NEAR’s Phase 1 Sharding news, which made significant waves in the developer community as well as international headlines. Meanwhile, Pagoda announced their Pagoda Console—a ‘one stop’ tool shop that gives devs all the kit they need to build Web3 apps.

NEAR hubs launch in India and Vietnam

NEARCON also witnessed the launch of two major regional hubs—Vietnam and India.  NEAR Foundation worked closely with the Vietnamese press to amplify the story locally, and with great success. Vietnam’s major tech titles covered the announcement, including Zing news.

NEAR Foundation replicated this approach with India’s media outlets, garnering coverage in major titles such as YourStory, the local equivalent of TechCrunch. Interviews were also secured with Reuters, Bloomberg and Times of India.

Other stories from the NEAR ecosystem

NEAR Foundation pushed out announcements on Tether (USDT) going live on NEAR, Sender Wallet’s $3.5 million funding round, and Few and Far’s ambition to grow the NEAR NFT ecosystem. There were also announcements for NEAR’s partnership with Fireblocks, which will bring innovative crypto technologies to new global institutional investors, and SWEAT Economy’s tokenomics.

As with many of the other stories and announcements from NEARCON, these stories had mass global appeal. Coverage could be found in The Block, Cointelegraph,  Forbes India, and  CryptoTVPlus Africa.

The sheer amount of positive press comes at a critical time for NEAR. The entire ecosystem and the wider Web3 world are building through a crypto winter but also battling other macroeconomic forces, post-Covid trauma, and climate change. It’s a time for resilience and creativity in how the NEAR and Web3 communities rethink and refashion the internet, and more importantly, the world.

NEARCON demonstrated to the people across the globe that the protocol, ecosystem, and community will not be deterred. Builders and investors are still flocking to NEAR to build the next generation of decentralized apps.

This is what creating without limits looks like. And it’s just the beginning!

The post NEAR After NEARCON In Numbers appeared first on NEAR Protocol.

Test-Driven Design for NEAR Smart Contracts 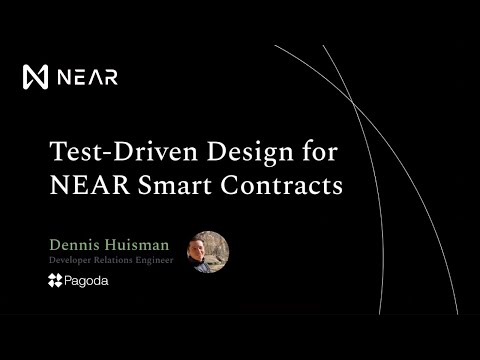 NEAR and Circle Announce USDC Support for Multi-Chain Ecosystem

Big news coming out of the Converge22 conference in San Francisco this week. Circle Internet Financial, a global digital fintech firm and the issuer of USD Coin (USDC), announced a partnership with NEAR that will make USDC widely available on the NEAR ecosystem by the end of 2022.

Having USDC on NEAR is definitely a reason to celebrate. Circle will also make USDC available on other platforms to support a multi-chain ecosystem. USDC expected to go live on NEAR in early 2023.

Bringing USDC to NEAR will help empower developers to integrate stablecoin payments flows into their Javascript and  Rust-based decentralized applications. This will unlock a new wave of accessibility for Web2 builders moving into Web3. It will also serve a vital role in NEAR’s mission of Web mass adoption, while helping developers build without limits.

“The multi-chain expansion increases USDC’s native availability from eight ecosystems to thirteen, and enables blockchain developers building on USDC and their users to experience greater liquidity and interoperability within the crypto economy,” said Joao Reginatto, VP of Product at Circle. “Extending multi-chain support for USDC opens the door for institutions, exchanges, developers and more to build their innovations and have easier access to a trusted and stable asset.”

Bringing USDC to NEAR is a big win for developers, who will now be able to integrate stablecoin payment flows into Javascript or Rust-based dApps. This will help usher in a new wave of accessibility for Web 2 builders making the shift to Web3.

What to know about stablecoins

A stablecoin is simply a cryptocurrency that is “pegged” to a more traditional currency like USD or EURO. Through various treasury and/or collateral models, they are designed to keep a 1:1 value, or parity, with their pegged counterparts. Stablecoins can also be pegged to credit and/or debt or have no collateral at all, as seen in algorithmic stablecoins.

Their presence in the Web3 ecosystem brings a sense of familiarity for natives and newcomers alike. A stablecoin is also a sort of on-ramp to understanding token economics—the gas that powers Web3 and beyond.

While designed to reduce cryptocurrency volatility, stablecoins present their own set of risks. When centralized, stablecoins can be victims of hacks, theft, or even over-printing which can lead to hyperinflation. If an algorithmic stablecoin experiences algorithmic failure, as happened with Terra and its sister currency, Luna, the stablecoin can fail. If a stablecoin is fractionally reserved instead of fully backed, there can be a bank run that triggers a dramatic stablecoin price drop.

Visit ref.finance for more information including the risks associated with  investments.

The post NEAR and Circle Announce USDC Support for Multi-Chain Ecosystem  appeared first on NEAR Protocol.