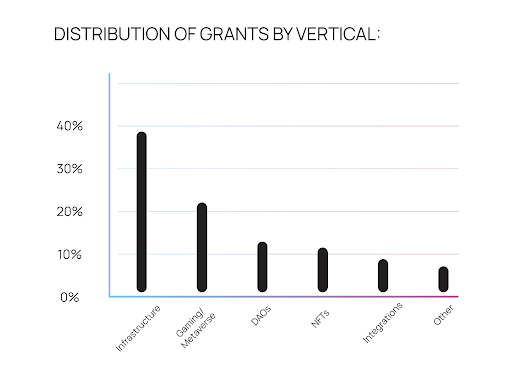 With this report, the NEAR Foundation would like to expand the consistent and frequent communication with the NEAR community, to contribute to the long-term health and viability of the ecosystem.

As a result, the Foundation is publishing its first transparency report and committing to quarterly reports moving forward.

The purpose of the Foundation, per its articles of incorporation is promoting and developing new technologies and applications, especially in the fields of open and decentralized software architectures, to enable innovation to benefit people around the world. A dominating but not exclusive focus is set on the promotion and development of the NEAR Protocol and related technologies as well as the promotion and support of applications using the NEAR Protocol.

To deliver on its purpose, the Foundation is organised around 3 core areas of focus awareness, support and governance.

Below the Foundation shares details of how it allocated funding in Q4 2021 and Q1 + Q2 of 2022. This will include the rationale for these decisions and insight into future plans.

In totality, the Foundation deployed $540M in fiat and tokens during these three quarters. The allocation of these funds has helped the ecosystem while it grew at an unprecedented rate.

The number of accounts on the NEAR Protocol has grown from 1.1 million at the beginning of 2022 to 15.6 million accounts at the end of Q2. The number of weekly active developers deploying on mainnet has grown from 250 to 1,500 per week.DAOs have surged from 50 to 700 and the number of projects deployed on NEAR has increased from 100 to 750.

In Q4 of 2021, the NEAR Foundation announced the launch of an $800 million ecosystem fund. The fund was to be split into four broad groups:

$350M – Proximity DeFi Grants – to help projects in the space of financial innovation within the NEAR Ecosystem.$250M – Foundation Grants – to support projects building on NEAR, through direct investment and grants.$100M – Startup Funds – to decentralize capital deployment into dedicated investment funds within the ecosystem.$100M – Regional Funds – to establish physical hubs in key regions around the world to provide a local presence.

The below goes into further detail about how much was allocated, how much was committed and what projects were included in the allocation.

DeFi is one of the cornerstones of a healthy blockchain ecosystem. The provision of financial products and services helps users learn the tools necessary to safely navigate a Web3 ecosystem, as well as drive innovation.

DeFi helps other projects grow by facilitating quick, safe, and easy ways to move and swap currencies in and out of projects as they see fit. While the Foundation cannot deploy DeFi primitives itself, it can help support the creation of funds that can. Proximity forms that function inside the NEAR ecosystem.

Proximity is a research and development firm supporting projects building decentralized finance (DeFi) applications on NEAR and Aurora through grants, advisory services, and developer support.

Proximity’s allocation decisions are independent of the Foundation.

Foundation Grants cover a broad range of investments from grant allocation to direct investment and are primarily focused on the following verticals: Infrastructure & Integrations, Gaming & Entertainment, NFTs, and DAOs.

The Foundation has come up with specific strategies and has deployed capital within each vertical.

Infrastructure and Integrations – Infrastructure is a catch all term for key parts of the ecosystem that are needed to help unlock mass adoption. These include things like wallets, bridges, oracles, zk technologies, privacy tools, and improved tools for developers. Integrations with the NEAR network are crucial to bring more users into web3. The following partnerships have been instrumental in accelerating NEAR’s connection with the rest of web3.Key projects: Aurora, Pagoda, Calimero, Switchboard, Octopus, Brave, Coinbase Earn, BitGo, USDT, Fireblocks, Token Terminal, CopperGaming / Entertainment – The web3 gaming space is still wide open. The first iteration of web3 games proved consumer demand. Now, there is room to iterate on long-term sustainable models, introduce permissionless composability, and create new forms of NFTs in addition to games that are primarily or even fully on-chain.Key projects: Armored Kingdom, SWEAT, Endlesss, Niche, playEmber, eFuseNFTs –  NFTs on NEAR is a large and extremely important opportunity in which NEAR has a unique tech advantage as NEAR NFTs are applications that are programmable. NEAR has a chance to be the first mover in true, long-term, sustainable and unique NFT use cases.Key projects: Few & Far, Mintbase, Paras, Seatlab, Stack Sports DAOs – We believe NEAR has the strongest no-code, easy to use, DAO tech stack that is already helping to decentrally govern key ecosystems and hundreds of millions of dollars. We will facilitate DAO use cases in investing, gaming, NFTs, sustainability, and science. Key projects: AstroDAO, OrangeDAO, SailGP, Flamingo DAO, Unchain Fund

The Foundation does not believe it should be the sole distributor of capital to developers and entrepreneurs. Decisions should not be made in a vacuum with just one centralized organization.

In order to further decentralize capital deployment, the Foundation has allocated grant funds to MetaWeb,  MOVE Capital, Stealth Capital, Open Web Collective who are focused on funding projects of the NEAR Ecosystem, each with their own thesis.

The Foundation has committed $18 million thus far to these funds that have subsequently made 50+ allocations into NEAR ecosystem projects.

MetaWeb, another NEAR native investment fund, has raised $30m from Sequoia, in addition to NF. MetaWeb have made 33 investments to date, including Niche, Orderly, Above.Land, and Sender Wallet.MOVE Capital is a NEAR native investment fund that has raised $13m from Accomplice and DCG, in addition to NF. MOVE has made 15 investments to date, including Tonic, Calimero, Few & Far, and Sweatcoin.Stealth Capital is an investment fund for founders, and brings a wealth of experience supporting the development of projects on Solana and Polygon, as well as NEAR. Open Web Collective is a blockchain accelerator and investor backing the builders of the multi-chain, decentralized web. Open Web Collective’s approach to supporting founders is hands-on, user-centric, and analytical.

In addition to these, additional funds will be announced in the coming months, focused on specific verticals such as Sustainability, Sports & Entertainment, and Web2 → Web3.

Collectively the NEAR Foundation believes these funds will help realize its vision of bringing a billion users to Web3 in a healthier, more decentralized way.

To be global, we have to be local.

As part of NEAR’s ambition to reach a billion people, the Foundation believes we need hubs around the world to connect with people where they are – with local events, in local languages, to find the best people wherever they are and forging partnerships with local organizations.

The NEAR Foundation has outlined seven regional hubs as part of its roadmap. So far, three have launched:

In addition to these hubs, the Foundation will soon be announcing Vietnam and India hubs and will be launching additional hubs in South Korea and the US.

The Foundation has chosen these locations based on a variety of factors, including web3 adoption, # of developers, regulatory environments, and available capital.

In addition, the NEAR Foundation has received $560m from the following key backers: Tiger Capital, FTX, a16z, Circle, Dragon Fly, and many others.

The Foundation has been very conservative in how the funds have been managed. Exposure to non-NEAR assets has been limited, with over $0.5b of funds raised held in fiat in Swiss bank accounts. This strategy helps ensure that the Foundation maintains sufficient resources throughout the market downturn.

This approach has left the Foundation in an extremely strong position to continue to distribute funds to high quality projects for the foreseeable future.

The Foundation is on a continued decentralization journey, and as part of this mandate working on its promise to put tokens in the hands of the community.

The community has come together in response to Illia’s talk from ECC in Paris to implement an ecosystem-wide self-governance treasury called the NEAR Digital Collective (NDC).

​​The purpose of the NDC is to further decentralize NEAR’s ecosystem governance, distribute more of the Foundation’s token holdings to the community and move decision-making on-chain in order to make our community more resilient, transparent, and fair.

A Community Working Group is now forming to take the next steps to launch and implement the NDC framework. This process is led and shaped by the community. Building better, sustainable self-governance at a global level starts with the community.

Every voice matters and we believe the process now being launched can serve as a model approach across Web3 for the creation and implementation of truly decentralized, on-chain governance.

NEAR’s mission is to:

Remove every barrier for Web3 creators, by creating an ecosystem that is uniquely simple, safe, scalable and sustainable.

The NEAR Foundation is committed to this mission. We will continue to support the ecosystem, drive awareness to NEAR and web3, and continue to educate regulators around the world.

The Foundational will continue to invest and deploy capital in the key verticals mentioned above: infrastructure, integrations, gaming / entertainment, NFTs, and DAOs

In addition, the Foundation will continue to decentralize and deploy capital into additional ecosystem funds and regional hubs that are dedicated to the ongoing health of the NEAR ecosystem.

As part of this journey, we are also committing to releasing quarterly transparency reports moving forward to show the NEAR community where capital is deployed and why. This will also include performance of the largest investments, grants, funds, and hubs

For any questions or feedback, please reach out to hello@near.foundation.

All of these efforts are to allow you to create without limits.

We believe in a world where creativity is no longer held back by technology.

A world without limits.

The post NEAR Foundation Transparency Report  appeared first on NEAR Protocol. 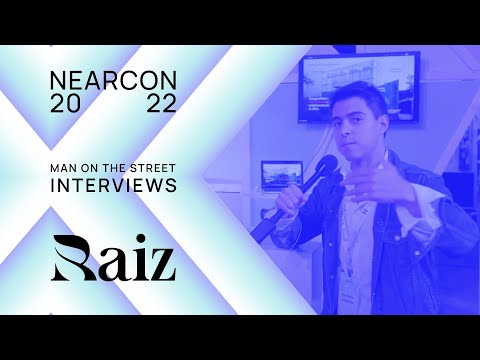 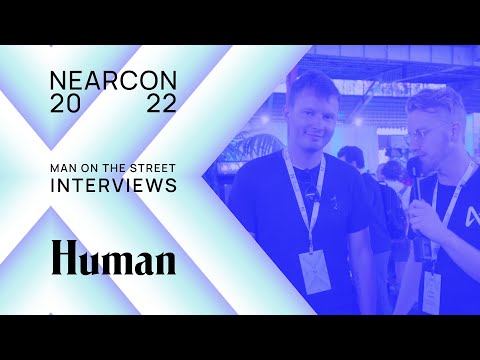 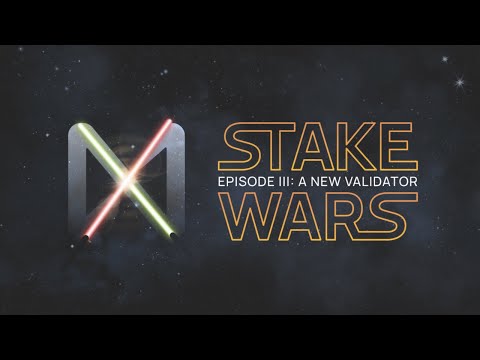