On July 29th, 2022, NEAR Foundation announced that wallet.near.org would be transformed into a new multi-wallet portal, and that Kikimora Labs, a venture studio and tech hub, would manage the codebase for the wallet sat on wallet.near.org.

After much discussion between Kikimora Labs, Pagoda, and the Foundation, it has been decided that the wallet should continue to be developed and implemented by the team at Pagoda with assistance from the Foundation.

Wallets are an essential part of any blockchain ecosystem. When NEAR first started, the Foundation built a wallet that was simple to use, and easy to implement. Since then, the number of wallets has flourished.

While there are lots of incredible wallets already serving the 20 million addresses currently on NEAR, the core wallet has continued to be a key piece of infrastructure on the NEAR ecosystem.

As a result, it has been decided that this wallet will be managed by the Foundation and Pagoda. This is part of the NEAR Foundation’s continued mission to foster a rich and vibrant ecosystem that can build and maintain its core components.

The original plan was to begin transitioning wallet.near.org into the multi-wallet portal. This work is still underway, as the Foundation believes users should be able to choose which wallet they prefer.

With that in mind, Pagoda will be gathering feedback from the community over the next few months and deciding on a more appropriate path forward. The Foundation believes this is the right move for the NEAR ecosystem.

There will be no changes on the wallet.near.org front until that point. As things progress, the NEAR Foundation will keep you, the NEAR community, in the loop with any and all future announcements related to the wallet transition process.

Stay tuned for more updates on the transition.

Other Wallet Options in the NEAR Ecosystem?

Again, if you’re interested in exploring the other wallets available in the NEAR ecosystem, there are plenty to check out. Over 30 wallet providers are currently compatible with NEAR.

Visit AwesomeNEAR for a list of wallets compatible with the NEAR ecosystem.

The post An Update on NEAR Wallet Transition appeared first on NEAR Protocol. 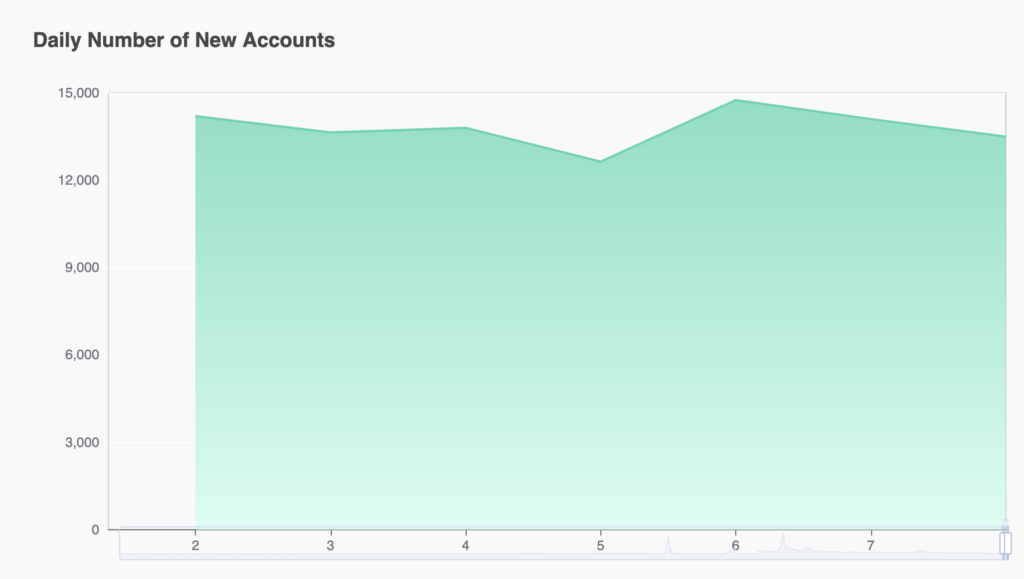 As part of the Foundation’s commitment to transparency, each week it will publish data to help the NEAR community understand the health of the ecosystem. This will be on top of the quarterly reports, and the now monthly funding reports.

The importance of transparency

The NEAR Foundation has always held transparency as one of its core beliefs. Being open to the community, investors, builders and creators is one of the core tenets of being a Web3 project. But it’s become apparent the Foundation needs to do more.

The Foundation hears the frustration from the community, and it wants to be more pro-active in when and how it communicates.

New Accounts are new wallets being created on the NEAR blockchain. In the last days of November and the first days of December, the daily number of new accounts had been declining. This week however, activity has been trending up, with the average number of new accounts averaging 14,000 per day, with a weekly peak of 14,752 recorded on December 6.

This is down on November’s figure of 24,000 wallets per 24 hours, on average. These numbers are conducive with the overall decline in sentiment around blockchain.

Looking more broadly, the peak for account creation in Q4 was September 13 where 130,000 new wallets were created in one day. Collectively, these numbers equate to 22,551,000 total wallets on the NEAR blockchain.

The Daily Number of Active Accounts is a measure of how many wallets on NEAR are making transactions on chain. Over the last week, the number of daily active accounts has oscillated between a a low of 12,639 on December 5, to a peak of 14,752 on December 6.

Contracts on NEAR are simply programs stored on a blockchain that run when predetermined conditions are met. The Daily Number of New Contracts is a valuable metric for understanding the health and growth of an ecosystem.

The more active contracts there are, the more projects are actively engaging with the NEAR protocol. The chart below shows a cyclical rhythm to new contracts, with rises and falls. Over the last seven days, the number of new contracts reached a daily high of 54 on December 4, and a weekly low of 27 on December 6. This range is broader compared to the week before, with last week’s highest number of 44 on November 30, to a low of 12 new contracts on November 27.

Active contracts is a measure of contracts that execute in a 24 hour period. This number has remained consistent throughout the last week with an average of more than 600 active contracts on the NEAR network. Taking a historical perspective on these numbers, the average has declined in Q4, with previous highs in active contract activity coming in the third week of September 2022.

Gas Fees are a catch all term for the cost of making transactions on the NEAR network. These fees are paid to validators for their services to the blockchain. Without these fees, there would be no incentive for anyone to keep the network secure.

Over the last week, the daily amount of gas, expressed here as PetaGas, which is the equivalent of 0.1 $NEAR, has maintained a fairly consistent value between 5,949 PetaGas and 6,743 PetaGas. To learn more about Gas on NEAR, there is an excellent explainer in the NEAR White Paper. Compared with last week, the Daily Amount of Used Gas has decreased, from highs of more than 8,000 PetaGas.

The Daily Amount of Gas correlates with the Daily Gas Fee used on the network. Over the last week, there has been an uptick in the amount of Gas used, which can be brought on by a number of different factors. One of the most common is increased activity among users of the network.

These reports will be generated each week and published on Friday.

The post NEAR Weekly Transparency Report: December 9 appeared first on NEAR Protocol.

NEAR Protocol at Art Basel ICYMI #2 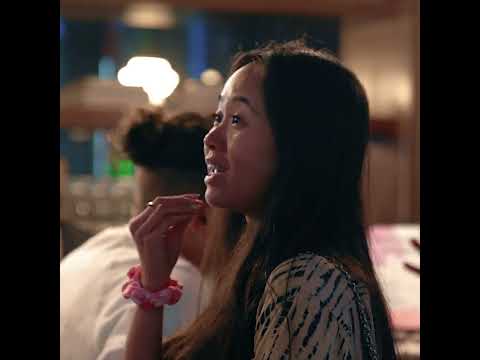 NEAR Protocol at Art Basel ICYMI #1 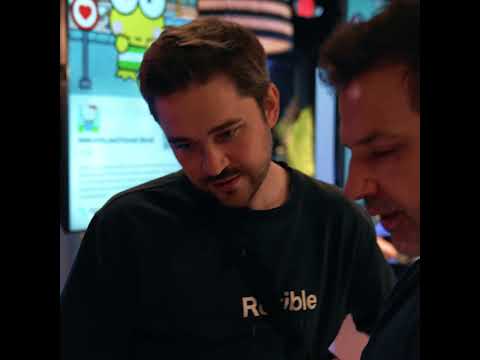